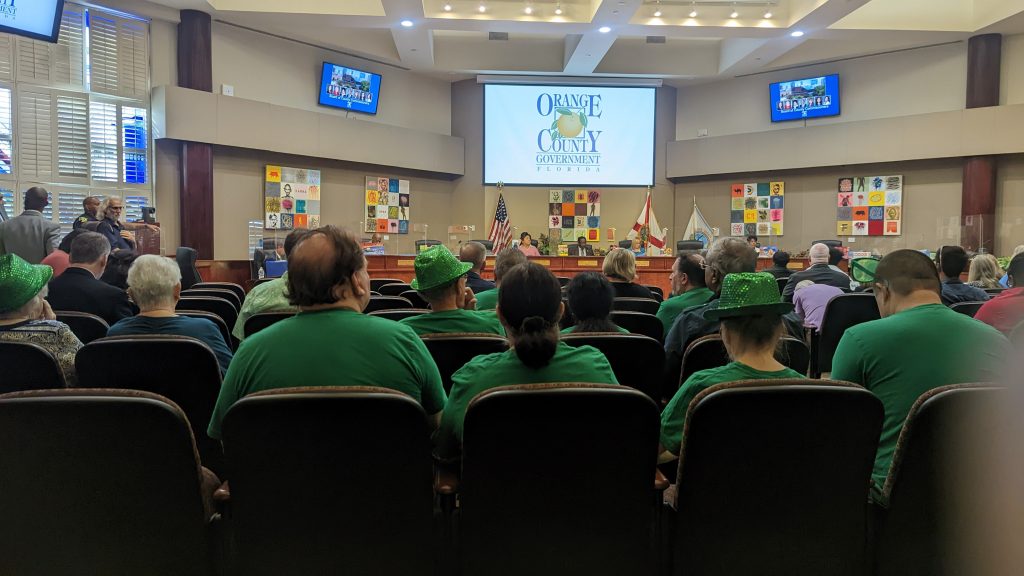 In a recent workshop session occurring on November 15th, Orange County Commissioners urged the developer of the proposed

Plans call for the ultimate construction of 1,500 apartments and 100,000 square feet of village commercial space, but before anything can be built, the site off Lake Underhill Road must be extensively remediated due to the presence of an old Orange County dump on the property. The dump was operated by the County from the 1960s to about 1980.

MMI Development, which has developed multi-family and commercial properties across the state of Florida, has proposed a public-private partnership with Orange County to excavate the waste from the old County dump. Currently, the site is operated as a cow pasture, and because of its agricultural exemption, it generates less than $1,000 in annual property tax revenue to Orange County.

David Brim, MMI’s Chief Operating Officer, told commissioners that if the site were fully developed, it could generate more than $10 million annually in property tax revenue (All Millages). A portion of the General Millage tax revenue – generated only if the Fieldstream Village project comes to fruition – could be used to help pay for the clean-up of the old dump. All of the other millages besides the General Millage would go to Orange County or their respective agency.

Brim estimated the cost of the cleanup at between $55 million and $60 million, which would include paying Orange County more than $15 million in tipping fees to dispose of the excavated trash in the county’s licensed landfill.

County leaders expressed hope that MMI could find a way to reduce costs in order to reduce the cost of the long-term debt that would be required to finance the clean-up.

The work session was attended by about 30 Fieldstream area residents wearing green shirts to show their support. Many residents also spoke during the public comment section expressing their support of the Fieldstream Project and Road Plan.

Brim said MMI is committed to finding a way to make the project happen. “This project is eminently do-able,” Brim said. “We just have to find a way to make it work from a funding perspective that Orange County can live with at the same time.”