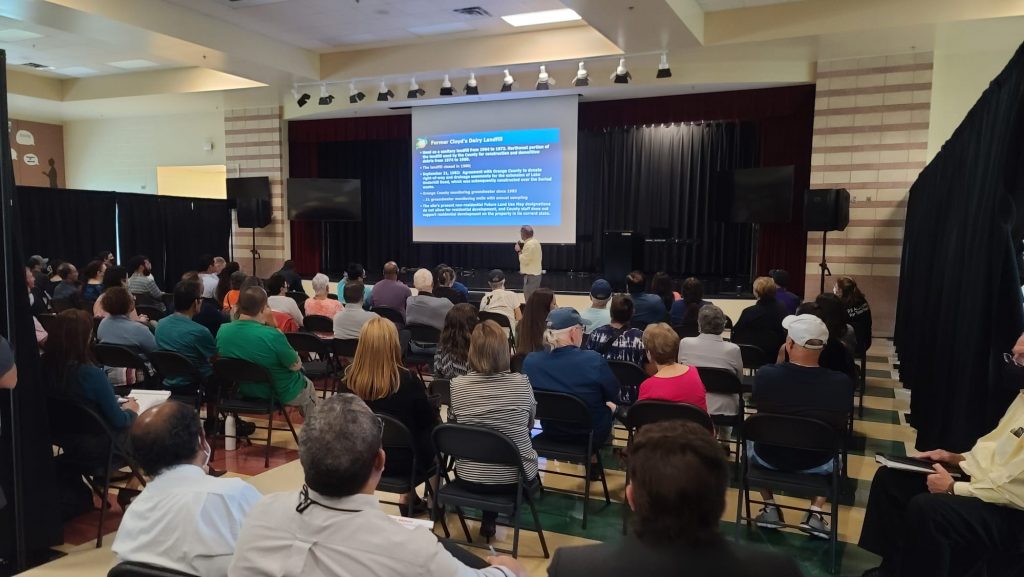 The audience at Legacy Middle School heard from Orange County’s Chief Planner Greg Golgowski and from the MMI Development team of Mike Wright, CEO, and David Brim, Chief Operating Officer. The speakers outlined the proposal, which includes excavating a former Orange County landfill that operated from 1964 to 1980 and transforming Lake Underhill Road from a two-lane road to a four-laned, tree-lined boulevard that will feature roundabouts as traffic control devices. 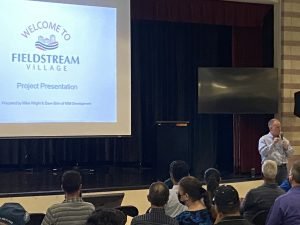 MMI’s Mike Wright told the audience that the estimated cost of cleaning up the old dump is about $55 million. MMI proposes to finance the cost of the cleanup by partnering with Orange County to establish a tax-increment finance district on the Fieldstream Village property. As the land is developed, and its value increases, future taxes based on the higher value will be pledged to repay the bonds borrowed to pay for the cleanup.

Near the conclusion of the meeting, Orange County Commissioner Maribel Gomez Cordero asked those present whether or not the supported the Fieldstream Village proposal. A clear majority in the room raised their hands in favor of Fieldstream Village.