MMI’s proposal for a Public-Private Partnership will clean up a contaminated landfill, upgrade Lake Underhill Road, and create a walkable village with residential and commercial space. 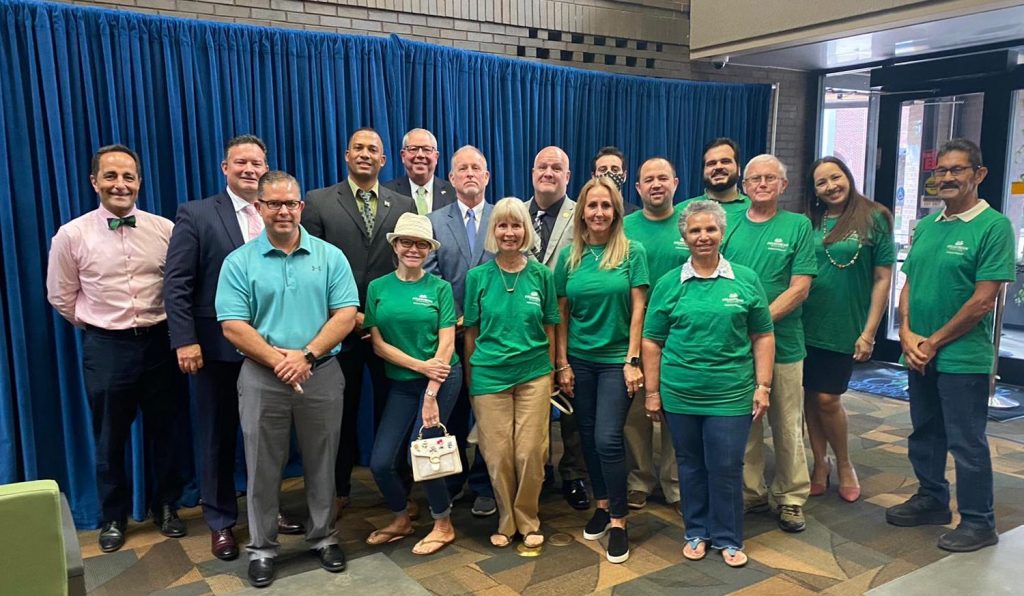 MMI’s plan calls for cleaning up an old Orange County dump on Lake Underhill Road and restoring the 38-acre site for the purpose of developing market-rate apartments as well as neighborhood village commercial space. Coupled with the planned clean-up, MMI proposes to also construct a full upgrade of Lake Underhill Road from Dean to Rouse roads to modern standards.

The plan is an example of public-private partnership (P3), a joint venture enabled by Florida state law between a governmental entity and a private company. P3 endeavors have been used in many other projects throughout Florida, including the massive I-4 Ultimate project.

“The MMI team is grateful for the support of the Orange County Commission and for the many, many hours of work put in by the Orange County staff vetting our proposal,” said Mike Wright, president and founder of MMI. “We view this P3 proposal as a way to address some long-standing problems in the Lake Underhill Road corridor as well having great potential for MMI’s future success.”

The Fieldstream Village plan calls for the development of up to 1,500 apartments in four phases and up to 100,000 square feet of walkable commercial/retail/office space. Several significant retailers already have signed letters of intent to occupy space in the project, including Clemons Produce, Foxtail Coffee, Bruno’s Pizza and Kanine Social, among others.

The plan also calls for MMI to improve Lake Underhill Road between Dean and Rouse roads, widening Lake Underhill Road to four lanes. The road plan further proposes the construction of two roundabouts that will improve traffic flow in the congested corridor as well as pedestrian safety and walkability.

Key to the project is the excavation and remediation of a long-closed Orange County dump that
operated from the early 1960s to 1982. The dump’s existence has long prevented the site from being developed and placed on the county’s tax rolls, despite its proximity to State Road 408 and Lockheed Martin’s east Orlando campus. Among the reasons the road improvements have not been done, is that a portion of the old dump lies beneath the pavement of Lake Underhill
Road. The MMI plan calls for building temporary alternative lanes on Lake Underhill Road to allow for excavation of the waste underneath the road, then reconstructing the road afterwards.

In order to finance the dump’s cleanup as well as make the needed improvements to Lake Underhill Road, Wright is asking Orange County to approve an innovative funding formula using tax-increment financing, or TIF. Under a TIF formula, future tax revenues derived from increases in the property’s value – as it is developed – are dedicated toward repaying the loans taken out to undertake the infrastructure work.

“Without the TIF, or Orange County simply coming up with around $40+ million, no developer is going to be able to do anything with this site,” Wright said. “Conventional financing for a project like this doesn’t exist in today’s environment. Banks just won’t lend on this type of project due to its complexity and the number of variables. That’s why TIF financing is ideal for projects like these.”

This would not be Wright’s first use of TIF financing to create infrastructure that opens up land for development. In 2016, MMI struck a deal with the City of Apopka to create a TIF district that enabled the construction of a half-diamond interchange at Marden Road and State Road 414.

The new road access created market conditions that enabled MMI to develop apartments and a new K-12 private academy, a track and field facility and additional potential commercial and
residential projects. Total value of the new Apopka construction: More than $100 million. Moreover, the Apopka TIF district was given a 10-year term to repay the financing, but has already been retired within four years, Wright said.

Here is a link to the video of the BCC hearing